McLaren has created cars that customers can purchase or race for many years. They have been the name of luxury cars since their establishment. Development has accelerated in the past few years, alongside various wider ranges of McLaren products. A few outstanding cars from the 1990s were prominent in Formula 1 racing. The cars that have been long taken out of production can still be seen racing courses around the world and winning races in championships throughout the globe.

Competing for a long while, McLaren cars are the second-oldest in the Formula One team. If anyone is a fan, they already know they have been crushing it in the game with a few ups and downs. They are also acclaimed as the makers of one of the most iconic Formula 1 cars. Started by Bruce McLaren in 1963, they’ve had a remarkable history in Formula 1 racing. Bruce helped them own their first world Prix in 1968 in Belgium. That same year they finished the constructor’s title. In 1976, James Hunt won the driver’s title by 1 point over their competitor Ferrari. 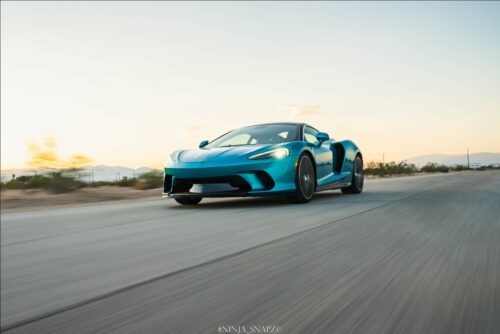 After merging with Ron Dennis’ Project 4 Racing team in 1981, McLaren became the first to develop a complete carbon fiber racing monocoque. John Barnard, who also devised the first semi-automatic gearbox, collaborated to design this racing monocoque. After a falling out with Senna, Prost departed the McLaren squad and joined Ferrari. McLaren won most of the games, but they also witnessed the birth of automobile production. They began construction of the famed McLaren F1 in August 1988. With Formula 1 in 1992, the business produced 106 vehicles before ceasing production in 1998. After achieving 240 mph that year, the McLaren F1 became the world’s fastest production automobile. In 2005, Bugatti Veyron was the only one to beat the record.

McLaren’s team dominated Formula 1 racing from the early 2000s until 2010, when the racing squad and the production vehicle separated. McLaren Automotive was resurrected in mid-2011, with the 12C serving as a company’s first production car since the iconic F1. McLaren P1 was unveiled as the spiritual predecessor to F1 shortly after their triumph in the automotive business.

Following McLaren’s announcement that it would release a new model every year, new production versions were released in 2014 and then 2015. In 2014, the 650S Coupe and Spider models were unveiled, followed by the 540C and the 570S in 2015. McLaren is still one of the most prestigious exotic car manufacturers today, with a long history of success and invention.

Get the taste of luxury by getting exotic cars at LVC Exotics. We are a luxury car rental service that offers Lamborghini rentals, Ferrari rentals and McLaren rentals in Las Vegas. Contact us and check out our fleet collection.