Even the storms won’t stop this McLaren 720S vs. 600LT drag race from happening! McLaren is one of the top manufacturers of the Formula One race, so it’s no surprise that these cars are going to be fast.

They’re both two-seaters with a transmission of 7-speed automatic, not to forget the rear-wheel drive. But where it begs to differ is in the trunk volume: Sadly, the McLaren 720S Spider doesn’t offer any of that, but the McLaren 600LT Spider will give you a nice 5.3 ft³.

The exterior dimensions of both of these cars are pretty close in terms of length, height, width, wheelbase, and ground clearance. 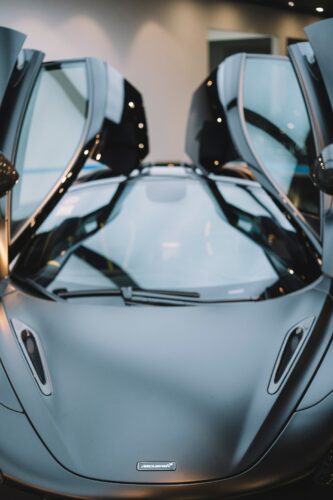 Both of these muscle cars can fill in 19 gallons to reach their full tank capacity, but there are some significant differences in the mileage they offer.

The safety features aren’t compromised in any of the vehicles manufactured by McLaren. The back-up camera, anti-lock braking system, rear parking aid, tire pressure monitor, stability control, and traction control are all standard in McLaren 720S and 600LT.

In addition, the driver, front side, knee, and passenger airbags are standard to both of these muscle cars.

Whether you’ve been convinced by the features of McLaren 720S Spider or McLaren 600LT Spider, we’ve already stocked both of these rides in our fleet for you to ride at the LVC Exotic Rentals in Las Vegas. Additionally, we’ve luxury cars from Lamborghini, Ferrari, Audi, Rolls-Royce, Mercedez-Benz, and the list goes on and on. Book online to check its real-time availability and get instant confirmation!