All of us held the American dream of driving a muscle car; cruising through the streets with the top down, the wind billowing through our hair, our best buds or a special someone in the seat beside us. It’s a coming of age moment that we all look forward to and pop-culture doesn’t tire of this image either.

We see references to these sleek classic convertibles in movies and music and it’s an image that’s an almost quintessential part of growing up. But the age-old dream of getting behind the wheel of one of these beauties has been around the same time as the age-old rivalry between two of the most iconic muscle cars: the Ford Mustang vs. the Chevrolet Camaro.

Both cars came out in the 1960s and have gone neck and neck to outshine the other.

Who stands out as the winner?

Although there are multiple models under both names, the Mustang and the Camaro have captured the market for muscle cars for decades now. The Mustang came out in 1964, followed by the Camaro in 1967 with a widely quoted statement by the GM product manager who said that a ‘Camaro’ is “A small, vicious animal that eats Mustangs.”

Does the car live up to its name? Or does the Mustang gallop past?

The Mustang has always been a bit pricier, even when it first came out. From their recent models, the Mustang starts at a rough $26k, while the Camaro rental Las Vegas is around $25k. The V8 engine sports versions are $38k and $37k, respectively. Of course, convertible versions are even steeper. 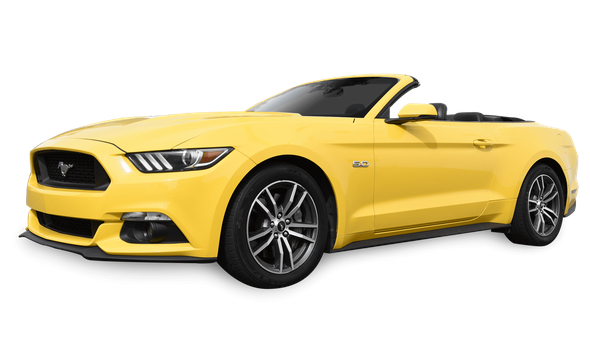 However, at LVC Exotics, we offer both dream exotic rental cars starting at $99, making them some of the most affordable rentals in our fleet.

Suffice to say, both cars have tried to distinguish themselves from their competition, but design-wise fall into the category of muscle cars. Each model has distinct changes to the design, both for the interiors and the exteriors. However, they’ve tried to retain the original style that makes these cars so unique.

As for the SS Convertible and the GT 5.0 Convertible, we have both cars in canary yellow, making them look eerily similar, with interiors that are sleek, suave and functional. The yellow of the exterior is brought out by the black of the interior, giving both of them a classic looking appeal.

As for picking a winner, it’s difficult to choose.

People and experts are always going to be divided and loyal fans will defend their favorite muscle car to death. Both cars are powerful, wonderfully designed vehicles that come with advantages of their own and if you don’t want to take our word for it, why not try them for yourselves?

Get in touch with us today to learn more about renting dream exotic rental cars and royalty rentals in Vegas.