Enzo Ferrari is the brain behind Ferrari. The very first Ferrari was manufactured in 1947. Since then, this Italian car manufacturer has taken over the high-end car manufacturing industry by storm. According to Brand Finance, Ferrari has been the world’s strongest brand. However, it wasn’t easy for this car giant to reach the position it holds today. Here are some amazing facts about the history of Ferrari that you most probably had no idea about.

Its Trademark Color Wasn’t the Idea of the Company 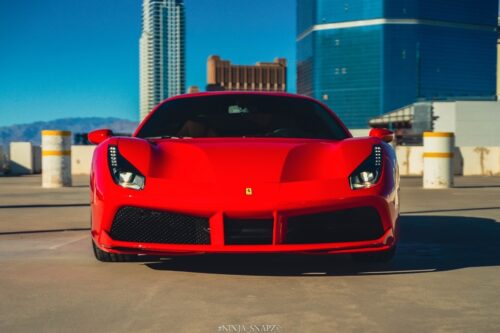 Now you can buy a Ferrari in various colors – yellow, black, and metallic grey. In the past, the people who wanted to own a Ferrari didn’t have many color options. There was only the iconic red, and that too wasn’t the company’s choice, to begin with. Most diehard Ferrari fans believe that a Ferrari isn’t a Ferrari if it isn’t red. In the past, the International Automobile Federation had assigned all Italian car brands the color red for sports cars. Where Ferrari was concerned, it became an iconic color, and the rest is history.

Production was Delayed Because of WWII

Enzo Ferrari always wanted to start his own company, and in 1940, Enzo succeeded in producing his first two 815 Auto Avio Construzioni cars. However, these weren’t the official Ferraris. However, the launch of these two vehicles was delayed because of WWII. After the war ended and the company was able to get back on track, the first official Ferrari – V12 125 S made its debut in 1947, two years after the war.

The Ferrari logo is a prancing horse. This was in memory of the Italian World War I flying ace- Francesco Baracca. Baracca died in 1918. In 1923, Enzo Ferrari met with his parents, the Count and Countess Baracca of that time. Francesco Baracca’s parents asked him to put up their son’s prancing horse logo as the logo of the Ferrari as that would bring him good luck. Later on, Enzo also added a shield into the mix to honor Enzo’s hometown — Modena, in Italy.

LVC Exotic Rentals can make your dream come true. We have a good few Ferraris in our garage. Try our exotic car rental las vegas to move around in style while in the city of sin itself. You can choose from the following available Ferrari rentals Ferrari 812 Superfast, Ferrari 458 Italia Spider, Ferrari 488 Spider Convertible, Ferrari F8 Spider, and Ferrari 812 Superfast.

You can contact us here for more information on our car rentals.